Internationalisation is a key focus of many European Research Infrastructures. Instruct-ERIC, a pan-European research infrastructure in structural biology has been working closely with institutions in Latin America to form partnerships with structural biology communities across the region; aiming to train students and early career researchers from Latin American institutions through mobility, collaborative work, courses and workshops. Claudia Alén Amaro, Instruct-ERIC project manager, spoke to the SobreCiencia program on Radio Uruguay about scientific exchanges between Latin American and European scientists. 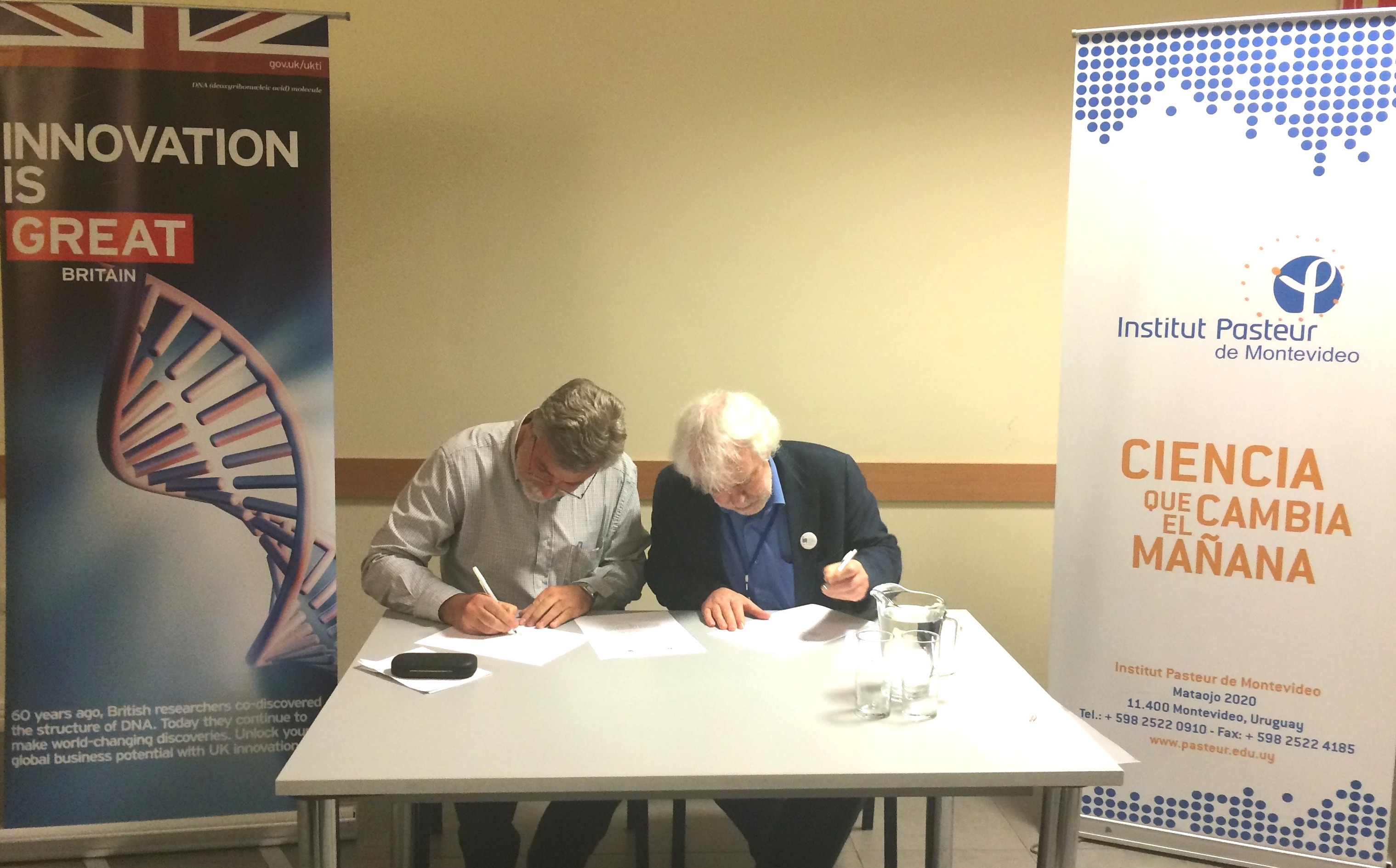 In February 2016, Instruct-ERIC hosted a workshop jointly with the Institute Pasteur Montevideo (IPM) in Uruguay on “Integrative methods in Structural Biology to enhance high impact research in health and disease” supported by the British Council “Researcher Links” programme. The idea was to provide an opportunity for sharing research expertise and networking between scientists in Uruguay and the UK. The workshop was the starting point of a fruitful collaboration. It has had a lasting effect in implementing collaborations between both communities with implications to the access of state-of-the-art research infrastructure not only for Uruguay but for the region. Scientific visits and training events have already taken place and organisation of future visits and events is continuing. Following the workshop, a memorandum of understanding (MoU) was signed between Instruct-ERIC and IPM.

Instruct-ERIC has since signed memoranda of understanding with other institutes and networks in Argentina, Brazil, Uruguay and Venezuela. Members of these institutes were invited to apply for a recent International Call to access structural biology facilities in the Instruct-ERIC infrastructure. The call has received the support of the Microbes project funded by CYTED and Horizon 2020 project Instruct-ULTRA. Instruct and their international collaborators have also been invited to be part of the Horizon 2020 project working towards an improved EU-CELAC research collaboration landscape. Further activities with Latin America are planned such as a scientific policy workshop on Structural Biology in the Road Map of Latin American countries. Instruct-ERIC looks forward to future collaboration with Latin America and other regions worldwide.